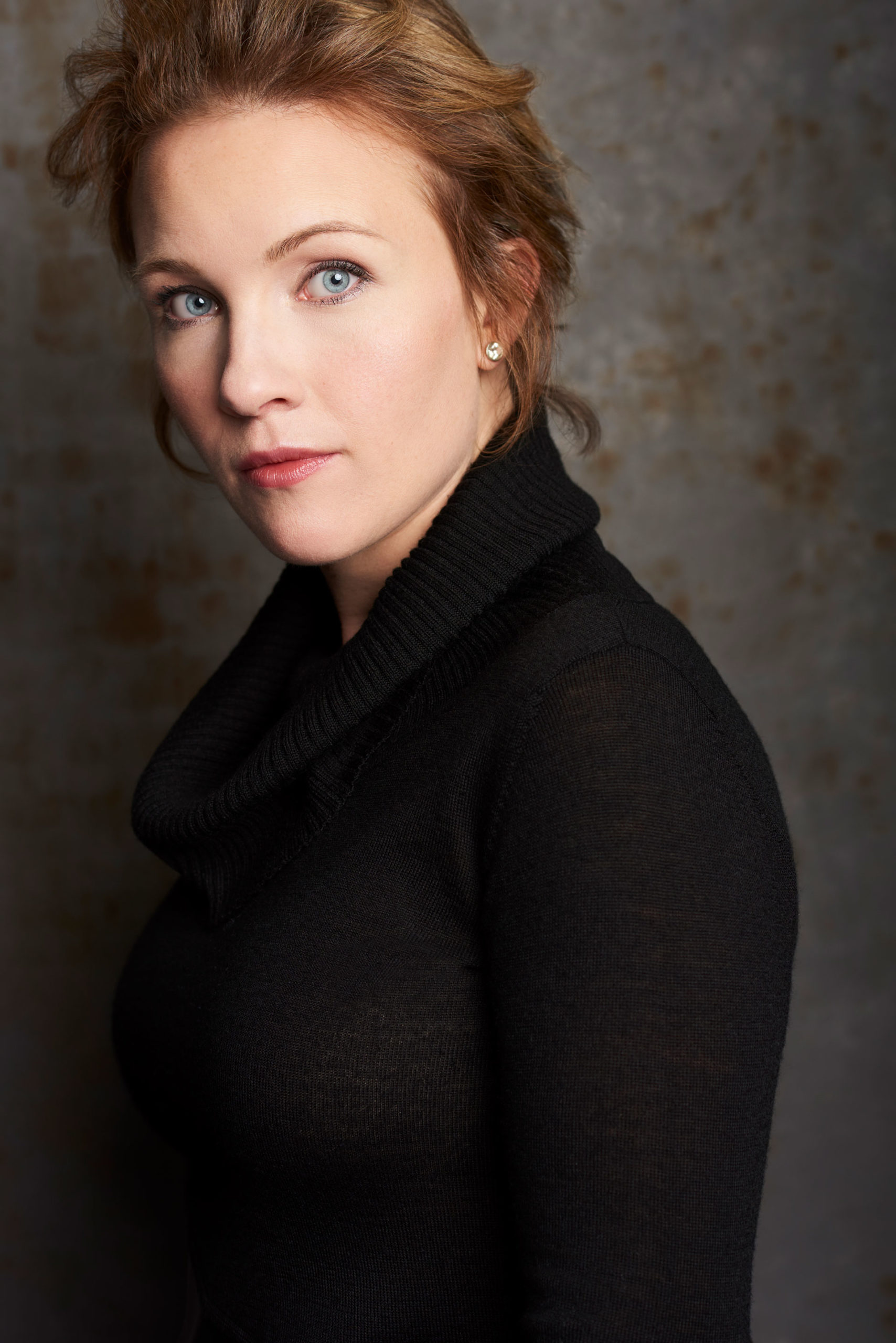 Two-time Grammy Award-winning mezzo-soprano Sasha Cooke has been called a “luminous standout” by the New York Times and “equal parts poise, radiance and elegant directness” by Opera News. Ms. Cooke has sung at the Metropolitan Opera, San Francisco Opera, English National Opera, Seattle Opera, Opéra National de Bordeaux, and Gran Teatre del Liceu, among others, and with over 80 symphony orchestras worldwide frequently in the works of Mahler. This season marks Ms. Cooke’s appointment at the Music Academy of the West as Co-Director of the Lehrer Vocal Institute.

Ms. Cooke opens the 2022/23 season with a return to Houston Grand Opera in her role debut as Thirza in the company’s new production of Dame Ethel Smyth’s The Wreckers conducted by Patrick Summers. On the concert stage, she performs throughout the U.S. and abroad: in Elgar’s The Dream of Gerontius with Wiener Konzerthaus, Mahler’s Das Lied von der Erde with Houston Symphony conducted by Juraj Valčuha, Michael Tilson Thomas’ Meditations on Rilke with the New York Philharmonic conducted by the composer, Mahler’s Symphony no.3 with New Zealand Symphony Orchestra alongside Gemma New and Mozart’s Requiem with the Concertgebouw Orchestra conducted by Klaus Mäkelä and later with Nashville Symphony. She debuts with Orchestra dell’Accademia Nazionale di Santa Cecilia in Mahler’s Symphony no.3 conducted by Sir Antonio Pappano and the Utah Symphony in Mendelssohn’s Elijah which she later performs with NDR Elbphilharmonie Orchestra under the baton of Alan Gilbert. She makes returns to Chicago Symphony for works by Vivaldi, to Philadephia Orchestra for Handel’s Messiah and to Kansas City Symphony for Hindemith’s When Lilacs Last in the Dooryard Bloom’d. Special collaborations on the recital stage include Jake Heggie’s Intonations: Songs for the Violins of Hope with Music of Remembrance; recitals with guitarist Jason Vieaux at San Francisco Performances and Round Top Festival; and a recital at Kaufman Music Center, alongside pianist Kirill Kuzmin featuring how do I find you, a collection of words and music created in 2020 that was recorded and released on the Pentatone.

In the 2021-2022 season, Ms. Cooke returned to the Metropolitan Opera both for her role debut as Cherubino in Le nozze di Figaro, under the baton of James Gaffigan, and as Eduige in Rodelinda, under the baton of Harry Bicket. She joined the Minnesota Orchestra for Mahler’s Lieder eines fahrenden Gesellen and subsequently for Mahler’s Symphony No. 8, the latter conducted by Osmo Vänskä. She also joined the Houston Symphony for Nadia Boulanger’s Faust et Hélène, led by Fabien Gabel, and again for Mahler Symphony no. 2 Resurrection led by Andrés Orozco-Estrada. Additionally, she performed Michael Tilson Thomas’ Meditations on Rilke with the Los Angeles Philharmonic, conducted by the composer, Berlioz’s Béatrice et Bénédict with Festival de la Côte Saint-André, led by John Nelson, Beethoven’s Symphony No. 9 with the Detroit Symphony Orchestra, Mahler’s Symphony No. 2 Resurrection with the Oregon Symphony, Jake Heggie’s The Work at Hand and Elgar’s Sea Pictures with the St. Louis Symphony Orchestra, led by Gemma New and Mahler’s Lieder eines fahrenden Gesellen with the New World Symphony. Finally, she gave a solo recital alongside pianist Myra Huang at the Tucson Desert Song Festival where she premiered a new work by Jennifer Higdon and returned to the Music Academy of the West as artist in residence.

Last season marked the release of Ms. Cooke’s new CD, entitled how do I find you. The recording, which features 17 newly written songs by Caroline Shaw, Nico Muhly, Missy Mazzoli, Jimmy Lopez and others, is intended as a tribute to both the struggles and hopes of artists that have been wrought by the pandemic. The album can be listened to on all streaming platforms.

As a dedicated recitalist, Ms. Cooke was presented by Young Concert Artists in her widely acclaimed New York and Washington debuts at Carnegie’s Zankel Hall and the Kennedy Center. She has also appeared in recital at Alice Tully Hall, The Wigmore Hall, the Kennedy Center and the 92nd St Y. Her recordings can be found on the Hyperion, BIS, Chandos, Pentatone, Naxos, Bridge Records, Yarlung, GPR Records and Sono Luminus labels. Most recently she appears on recordings including Intonations: Songs from the Violins of Hope by Jake Heggie and Gene Scheer on Pentatone, Michael Tilson Thomas’ Meditations on Rilke with the San Francisco Symphony with won the 2021 Grammy Award for Best Classical Compendium, L’enfance du Christ with Sir Andrew Davis and the Melbourne Symphony on Chandos, Bates’ The (R)evolution of Steve Jobs on Pentatone which won the 2019 Grammy Award for Best Opera Recording, Mahler’s 2nd Symphony with Osmo Vänskä and the Minnesota Orchestra on BIS and Sasha Cooke LIVE a collection of her performances from the Music@Menlo chamber music festival released on their label.